Share a memory
Obituary & Services
Tribute Wall
Read more about the life story of Solange and share your memory.

Solange B. Pierre, resident of Valley Stream NY, passed away on January 12th, 2023, at Northwell Valley Stream Hospital at the age of 88.

Solange was born in Port- au- Prince, Haiti on October 17, 1934.  She attended public schools and received a certification equivalent to a US High School Diploma.

Shortly after high school, she met the love of her life, Berthony Pierre, at the Youth Christian Activities Group at the Methodist Church, where they were both active Members. They married on February 5, 1955.  From their union, they were blessed with 6 children: Jocelyn (deceased), Berthony Pierre, Jr., Kettly Pierre, Ludwig B. Pierre, Magalie Jean-Louis, and Esther Torres.

After many years as a homemaker and housewife, Solange worked as a restaurant manager and had side businesses. She invented the “side – hustle”. In May 1981, she migrated to the US and worked in the Home Care industry.

Solange was an avid reader. She enjoyed crocheting and sewing. Most of all, she enjoyed cooking. She was the neighborhood caterer. Everyone sought after her for her dishes and desserts for celebrations and events.

Solange was a very spiritual woman and was considered a spiritual advisor and community leader to her peers and loved ones. In Haiti and the US, she was a Methodist Women’s Group member. She was also a Brigadier for the Girls Brigade (US equivalent-Girl Scouts troop leader). She also hosted monthly prayer and revival meetings at her home.

Solange was well-known for her kindness, generosity, and acts of service.  At St John's United Methodist, she was a Sunday school helper, and an usher while serving in the Hospitality Ministry. She visited homebound members and cooked for the “Feed the Unhoused” ministry.

The fondest memories that she will be remembered for are her fighting spirit, her strength, resilience, and her positive outlook. She was never one to complain and always expressed how proud she was to be a mother and grandmother.  When asked, “How are you?” She would reply,” Not bad, by God’s grace”.

After fighting a good fight, God called his daughter home on January 12th, 2023.

Special thank you to her caregiver Marie Bellevue for her dedicated and compassionate care for five years.

To send flowers to the family or plant a tree in memory of Solange B. Pierre, please visit our floral store. 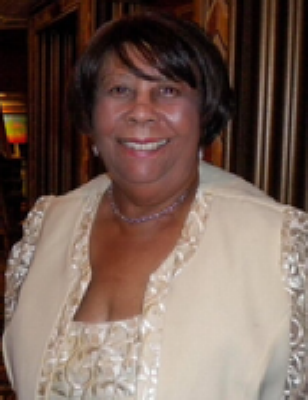