Share a memory
Obituary & Services
Tribute Wall
Read more about the life story of Francois Milou and share your memory.

Francois Milou Marcelin was born in Les Cayes, Haiti on June 8, 1939, to Celor Marcelin and Lizia Eliscar. He was the second of seven children. Francois met Immacula (nee Francois) in 1959, they eventually married and lived in Tijuana, Mexico. Shortly thereafter, they settled in New Orleans, Louisiana for a few years. They subsequently decided to make a move to New York City, to the Upper West side of Manhattan. At this point in time, they started a family; first welcoming a daughter, Darlene, and two years later, a son, Jean-Herve. Shortly afterward, they purchased a home in Brooklyn, New York and lived there for twenty years. In that time, they welcomed another daughter, Sandra. They purchased several taxi medallions and Francois started a business, the Micro Cab Company. Francois later dedicated twenty years to the New York City Department of Sanitation. In 1991, Francois and Immacula decided to head to the suburbs and purchased another home in Elmont, New York, which is where Francois Marcelin resided until his death on January 9, 2023.

Francois was the solid and strong foundation of the Marcelin Family. He loved seafood, Haitian rum, history, and politics, spending time with family, and WWE (World Wrestling Entertainment). He was a silly, fun-loving, and doting grandfather. He enjoyed longs walks in the park and traveling around the world.

Francois was preceded in death by his brother, Dr. Harry Marcelin in 2021. He is survived by his wife Immacula, his children Darlene, Jean-Herve, and Sandra, five grandchildren: Niyah, Marcus, McKenzie, Lola, and Mason, nieces, and nephews: Marsha, Patty, Gaby, Reginald, Fred, Gary, Patrick, Harry Jr., Marvin, Christopher and many other family members and friends who will miss him dearly. 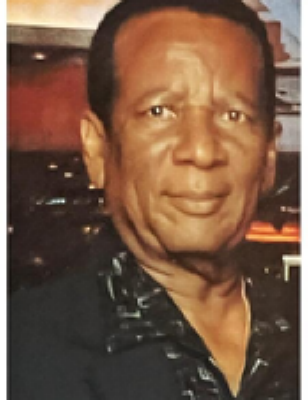