Share a memory
Obituary & Services
Tribute Wall
Read more about the life story of Elsie and share your memory.

Elsie Jean-Louis, 85, passed away on January 20, 2023, after an extended battle with multiple physical ailments and dementia.

Elsie was born on January 31, 1937 to Pauléus Duversseau and Anasta Cadet in Cavaillon, Haiti. Elsie Cadet married Bienvenu Jean-Louis in June 1962 and they eventually had three children together: Rodrigue, Betina, and Magda. As a storekeeper with a large network of family and friends, she was a well-known figure in Cavaillon and Port-au-Prince.

Like so many of their friends, Elsie and Bienvenu left Duvalier-led Haiti to give their children a chance at a better life. Elsie joined her husband in New York in October 1970, paving the way for their children to arrive in 1972.

Elsie worked at the Loews Summit Hotel for almost 30 years. She started off as a room attendant; her hard work led to a promotion and she eventually became a Housekeeping Department Supervisor.

She had an entrepreneurial spirit: she was a smart and determined visionary with the ability to walk into a space or situation and quickly see its potential. She and her husband purchased a home in 1979 and she would later buy and rehab many properties. Her boldness and big ideas for transforming spaces served her well in those endeavors.

She was always moving forward, doing whatever the situation demanded.  "On her way home from work in August 2003, during one of the worst blackouts in history, she was among the group that decided to leave their stalled subway train, brave the rat-infested tunnels of NYC, and exit from a manhole cover on Queens Blvd.,   She then flagged down a private car to make her way home."  Her determination to brave a snowstorm to get from Elmont to Manhattan for a Broadway show in the mid-1990s was also a testament to her boldness as well as her sense of adventure.

Elsie's grace and kindness drew people to her and she loved opening her arms and doors to visitors. She was confident and proud, while generous and giving. She was a hospitable person who was always ready with coffee, tea, a meal, a story, a profound insight, or all of the above.

She was predeceased by her husband and is survived by many who will miss her dearly. This includes her children, siblings, grandchildren, step-daughter, in-laws, cousins, nieces, nephews, dear friends, and God-children.

To plant a beautiful memorial tree in memory of Elsie Jean-Louis, please visit our Tree Store. 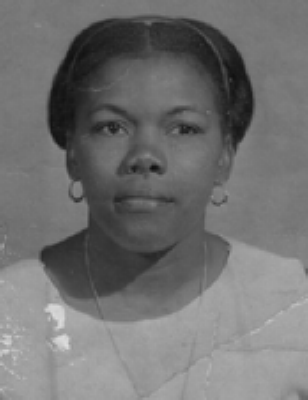